Stanners Vineyard is a small family vineyard and boutique winery dedicated to producing premium Pinot Noir. Cliff and Dorothy work side by side with their son Colin and daughter-in-law Mary. During especially busy times we can always count on family members from the Toronto area to show up for a strenuous week-end in the vineyard, followed by an evening of good food, excellent Pinot Noir, great guitar, and singing.

In a former life, Cliff and Colin were both research scientists. Colin, has a PhD in physical chemistry and Cliff a PhD in cell and molecular biology. Show More...Cliff began his career in cancer research at the Ontario Cancer Institute in Toronto and was Director of the McGill Cancer Centre in Montreal for 12 years. Colin obtained his degree at the University of Toronto under the tutelage of Nobel prize winner John Polanyi, went on to do post-doctoral work at the University of California in Berkeley then settled in California where he played a major role as a director of research and technology in two successive high-tech companies in Silicon Valley....Show Less

Both had considerable experience with wine-making before they purchased the vineyard property. Cliff was prominent in an amateur wine-making club in Montreal for about 20 years. While in California, Colin took an oenology course at UC Davis and then turned his basement into a mini-winery, complete with small stainless steel fermenting tanks and oak barrels, where he processed local California grapes into highly regarded wine (mostly Pinot Noir).

When the potential for making high quality wine from Pinot Noir grapes in Prince Edward County became apparent, Colin and Cliff decided on a change in careers. Cliff was nearing retirement and they were both ready for a new adventure. They decided to indulge in the two passions they both shared, a love of nature and of premium wine. The present vineyard and winery represent the expression of this vision. 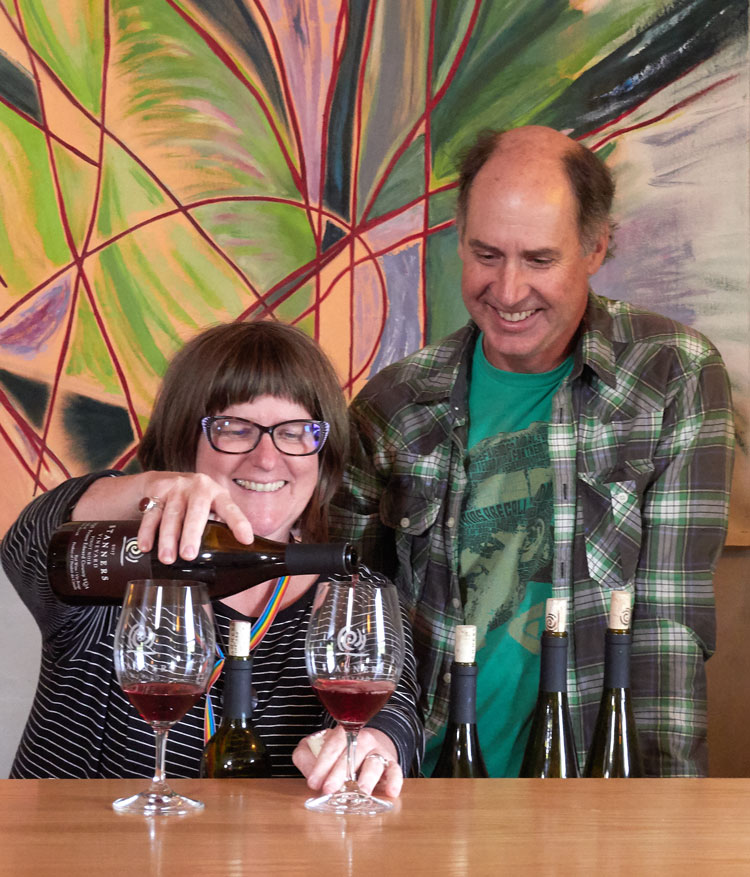